Finally received the primary drive pulley, after having had it turned, milled, EDM´d and hard anodized. Looks good or not? 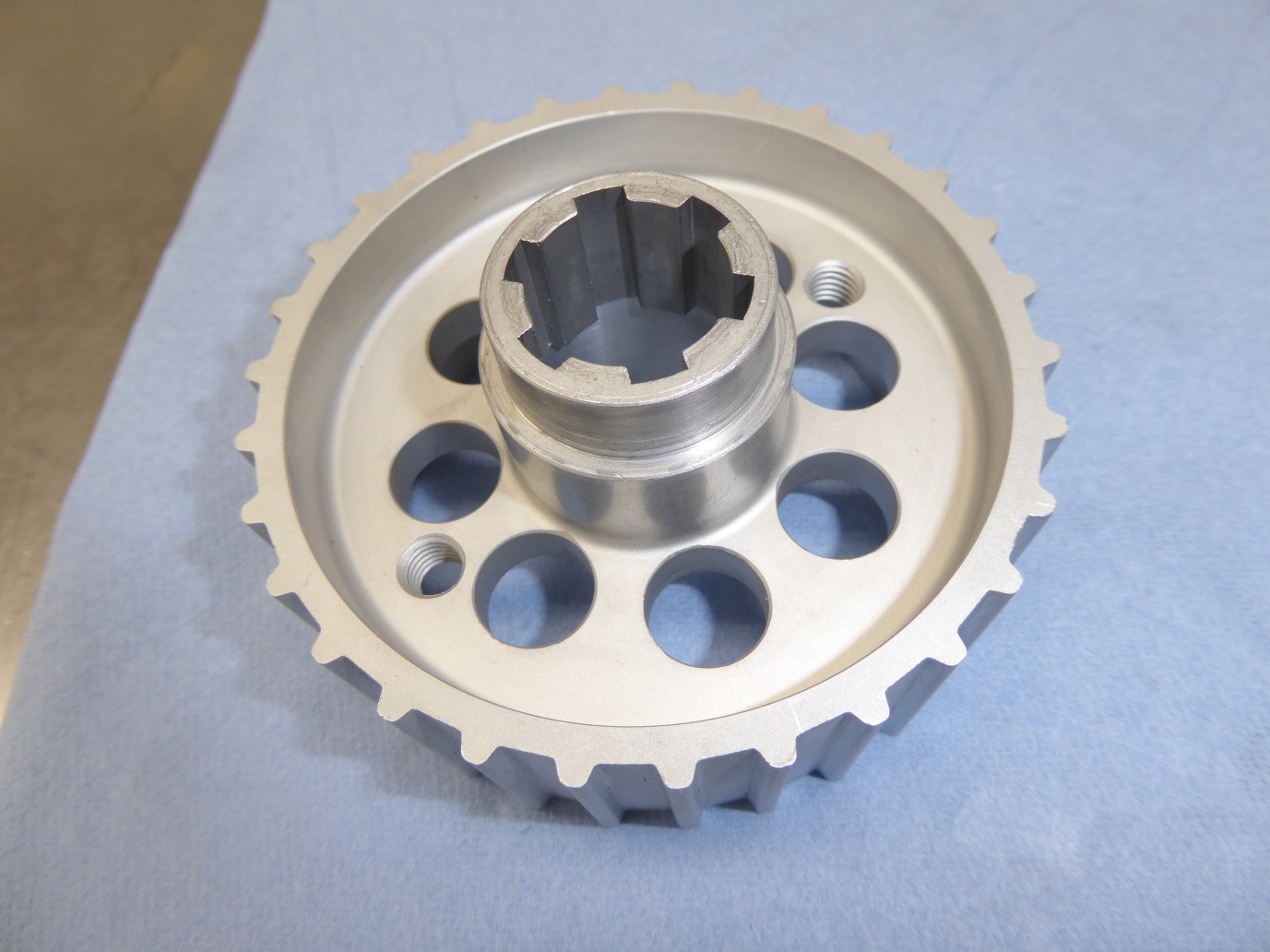 Tried to assemble crank into crankcases and then the drive side bearing journal bushing that had been fitted just fell off. No way to use crank as received. Realized that this was hopeless and a case for my friend Marcel Gerhard, once world champion on 1000 meter sand track racing and now established manufacturer of Speedway engines, and general guru on putting racing engines together, or engines for that matter. Brought him all the bits and pieces and after a few moments contemplation he came up with THE solution. A new bushing to carry the bearing inner ring as well as another ring riding on this bushing as well as on the pulley. 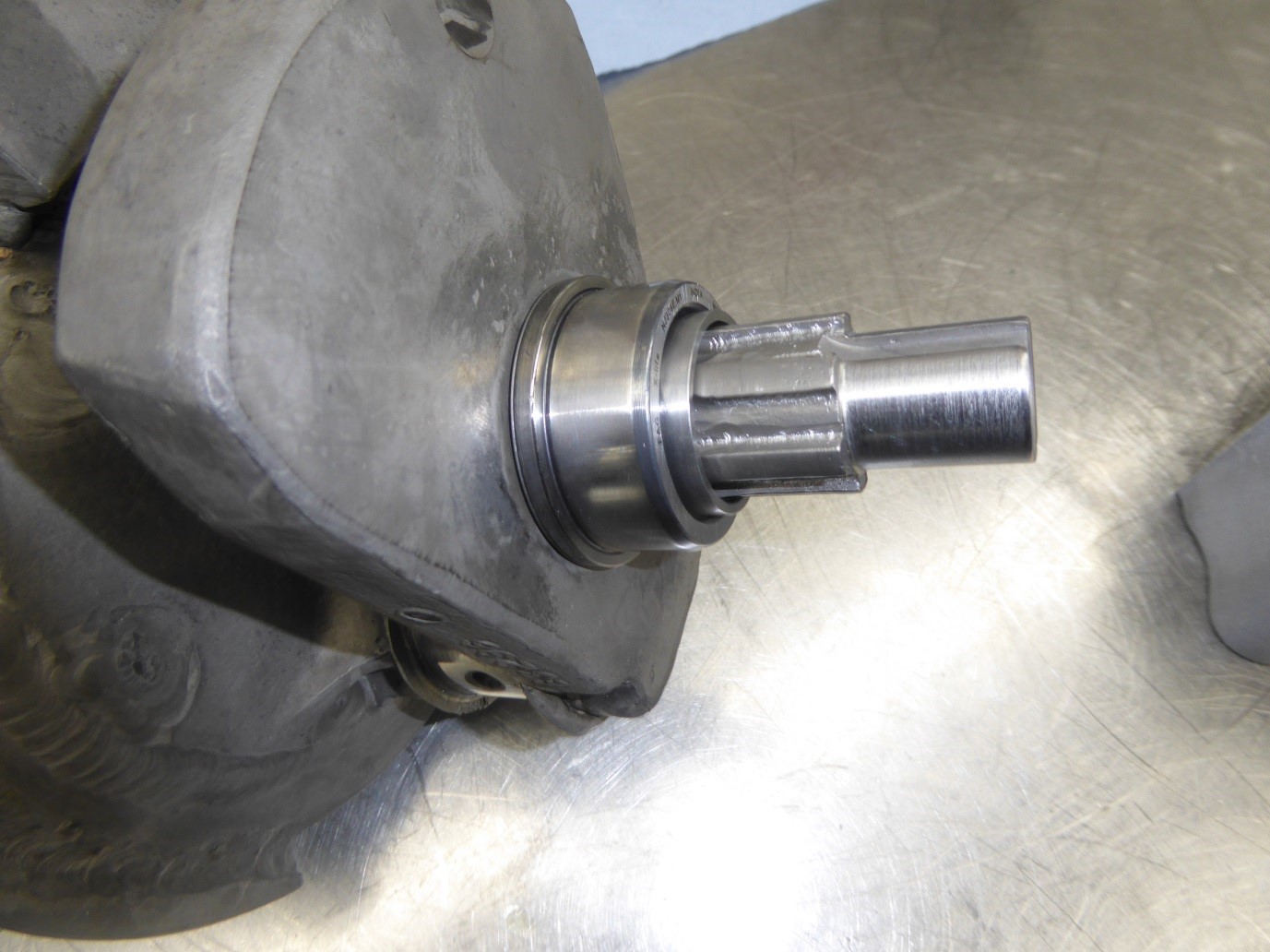 Below you see the pulley mounted on the crankshaft, the sealing ring mounted and facing the bearing inner ring and being the surface against which the simmer-ring will seal off the crankcase oil from the outside. The outside diameter of the sealing ring is 5 mm bigger than the Norton crankshaft so a a biiger simmer-ring had to be fiited. A biiger ID means a bigger OD and Marcel just opened up the diameter in the crankcase correspondigly. This guy does not fear putting the expensive crankcase on his manually operated ( read non-CNC ) and just cutting metal away. 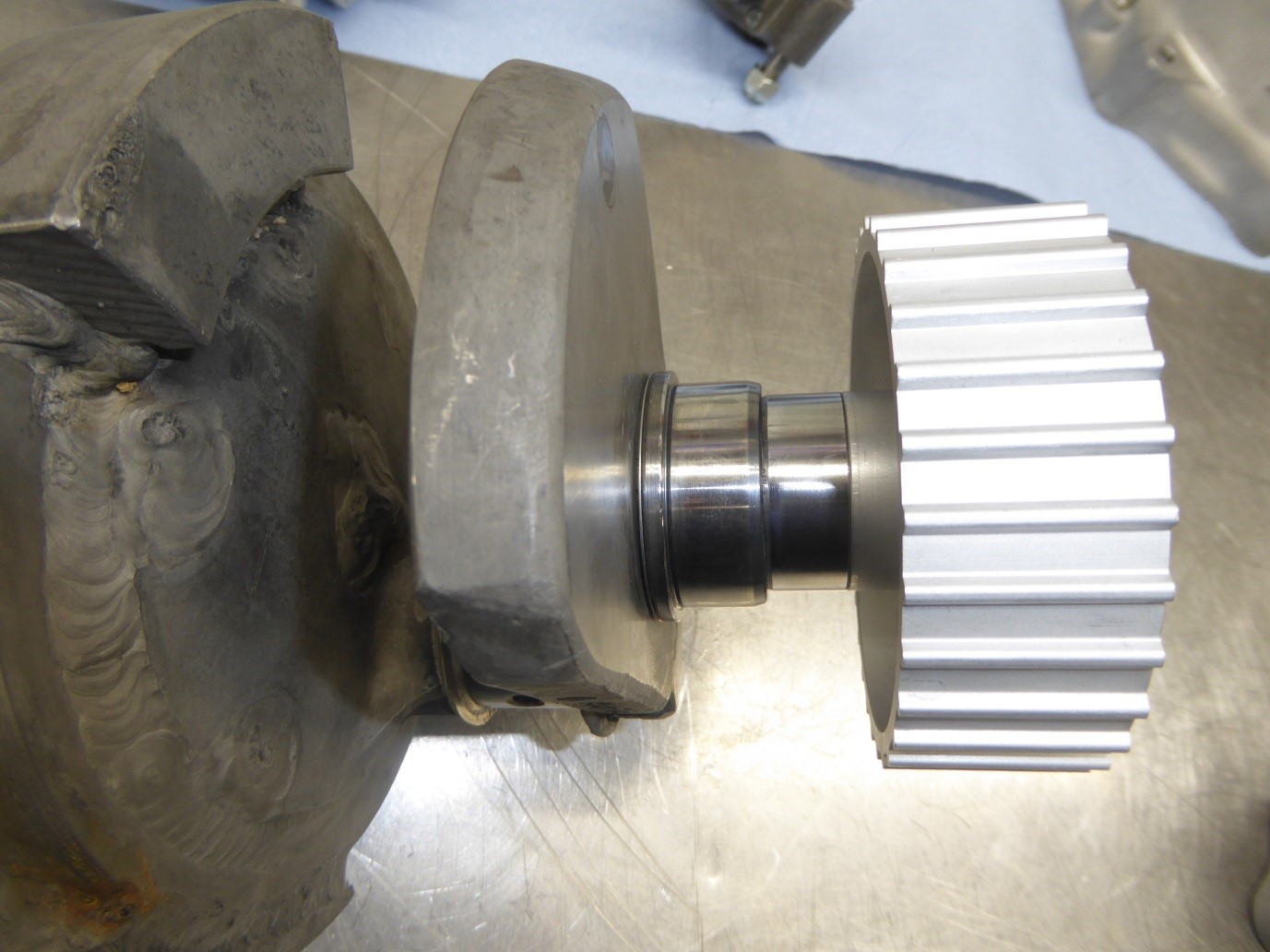 Below the crankcase with the bigger Simmer-ring fitted. Comes from a KTM so let´s hope it gets accepted by the Noron Metal/design 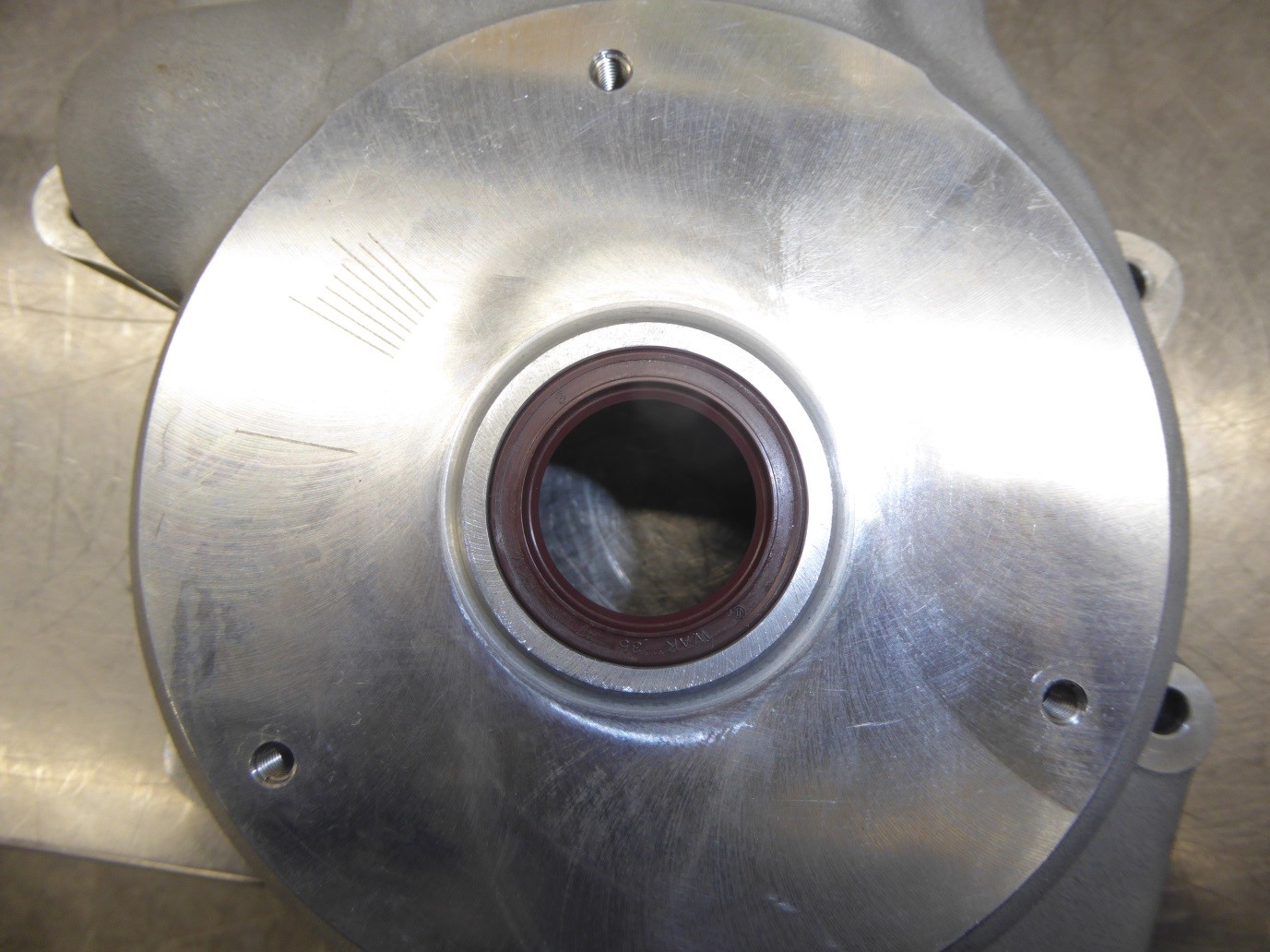 And here is an end-view of the whole assembly.

The weekend will be spent putting the crank- and camshaft into the crankcases and then mounting it all in the engine plates to fit the toothed belt and finalize the design of the primary drive cover.