Have spent much time with various ”experts” ( I do not mean it ironically ) on the final dimensions for the exhaust pipes and megaphones, trying to understand the very basics of what effect exhaust pipe diameter and length as well as megaphone and reverse cone diameters and lengths have on at which rpm the engine will produce its maximum power, and what the power curve looks like below and above that peak. I have finally settled on a power peak at around 7500, having abandoned my previous high rpm ambitions (8000+).

A couple of experts were adamant that the inside diameter of the pipes must be 38 mm. This made me insecure as the exhaust port was well within a 35mm diameter – so why make the pipe bigger?

I decided to ignore them and settled for 35mm.

Had initially hoped to have a guy in NYC make the exhaust pieces – until I ran into this local gentleman, less than 30 minutes from me, who makes a living from making motorcycle exhaust systems, from old timer flat tanks to modern superbikes. I went to see him and was amazed at what he produces with the most rudimentary tooling. He took a look at the stainless tubes and 90 degree bends that I brought with me and said that those would not cut it. He then showed me what he was using. Stainless steel tubing, made in Italy, for building milk processing plants, polished inside and out and as the man said – it will withstand the vibrations without cracking. AND, he showed me how he welds the tubes together. He puts them end to end, sticks a tube through which he leads a special gas ( Nitrogen + Hydrogen ) into one end, puts a tape with a small hole over the other end so to ensure a slow flow of gas over the inside of the welded joint. The result is that there is no trace of the joint on the inside – ensuring smooth and unrestricted exhaust gas flow. Impressed the hell out of me.

Brought him the bike on Monday and Friday he was done, heat shields, silencers and the whole nine yards.

Below a close-up of the 180 degree bend at the cylinder head. 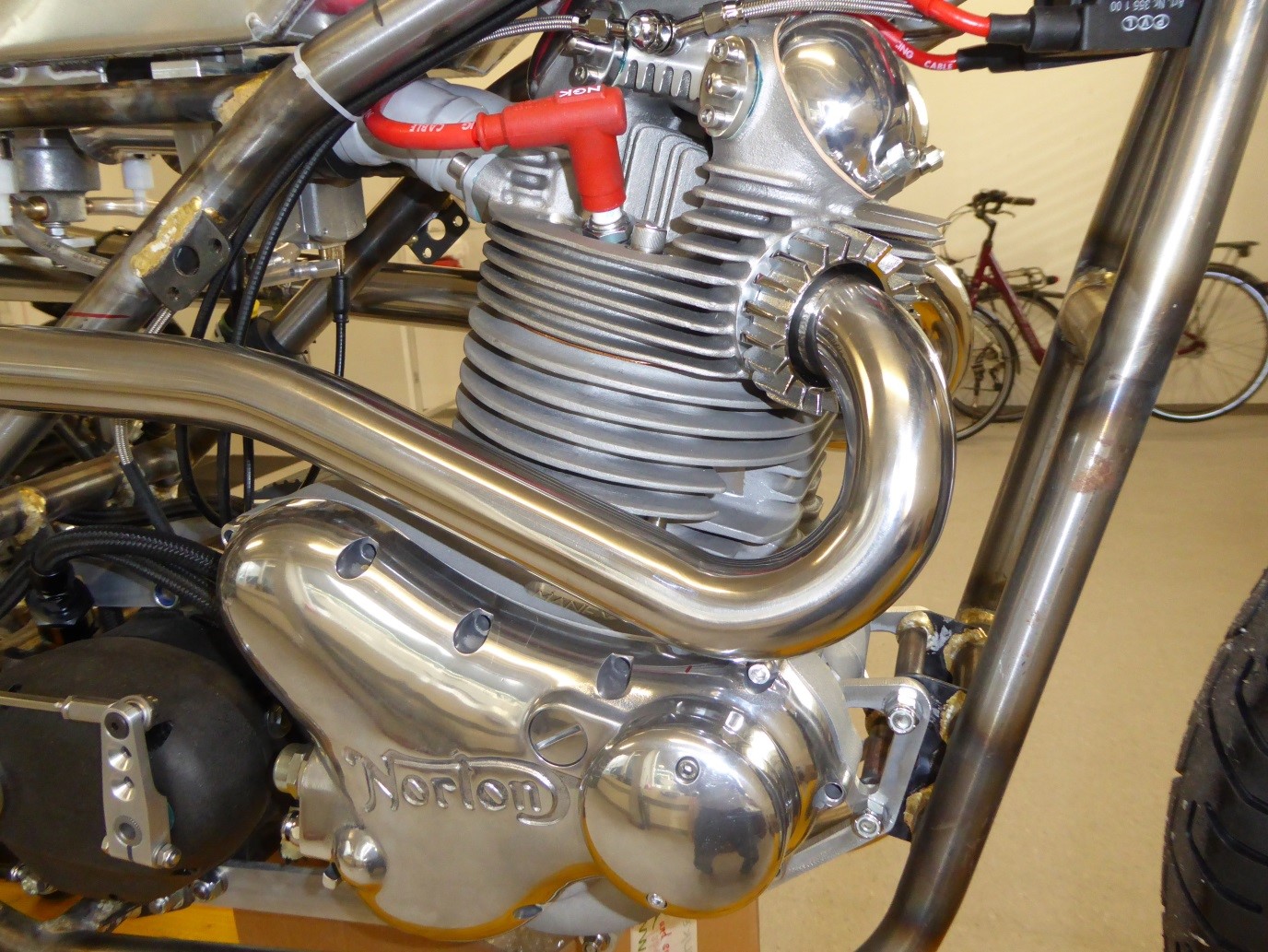 And below a shot from above, showing the aluminium bar bolted to the frame – an attempt to restore frame stiffness after I had to cut away the brazed-in cross tube that was in the way of the carbs, maybe a result of me mounting the engine too high in the frame. 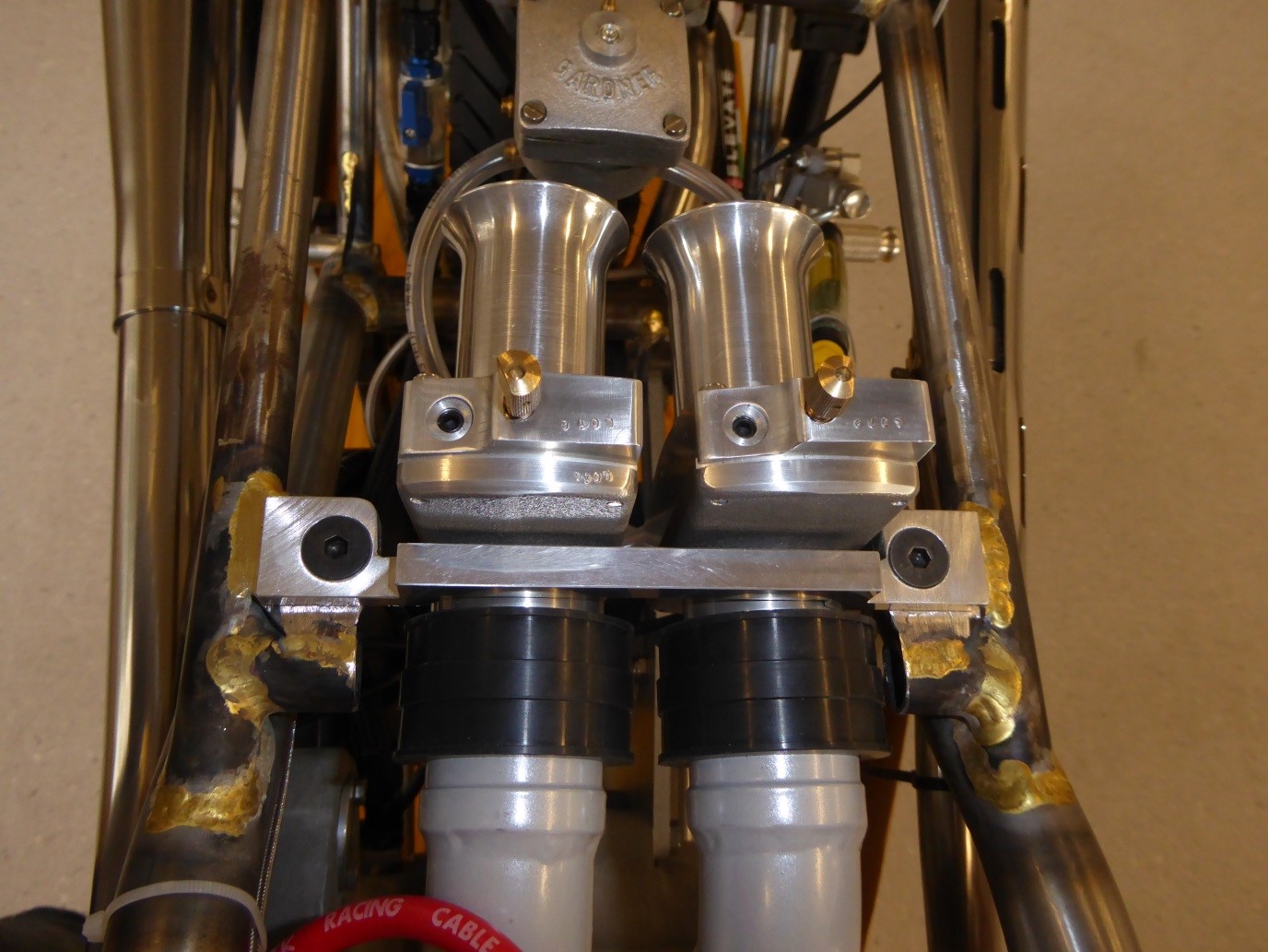 And, here is the business end of the exhausts. Cannot wait to hear it bark out it´s potential at minimum 135 decibel. 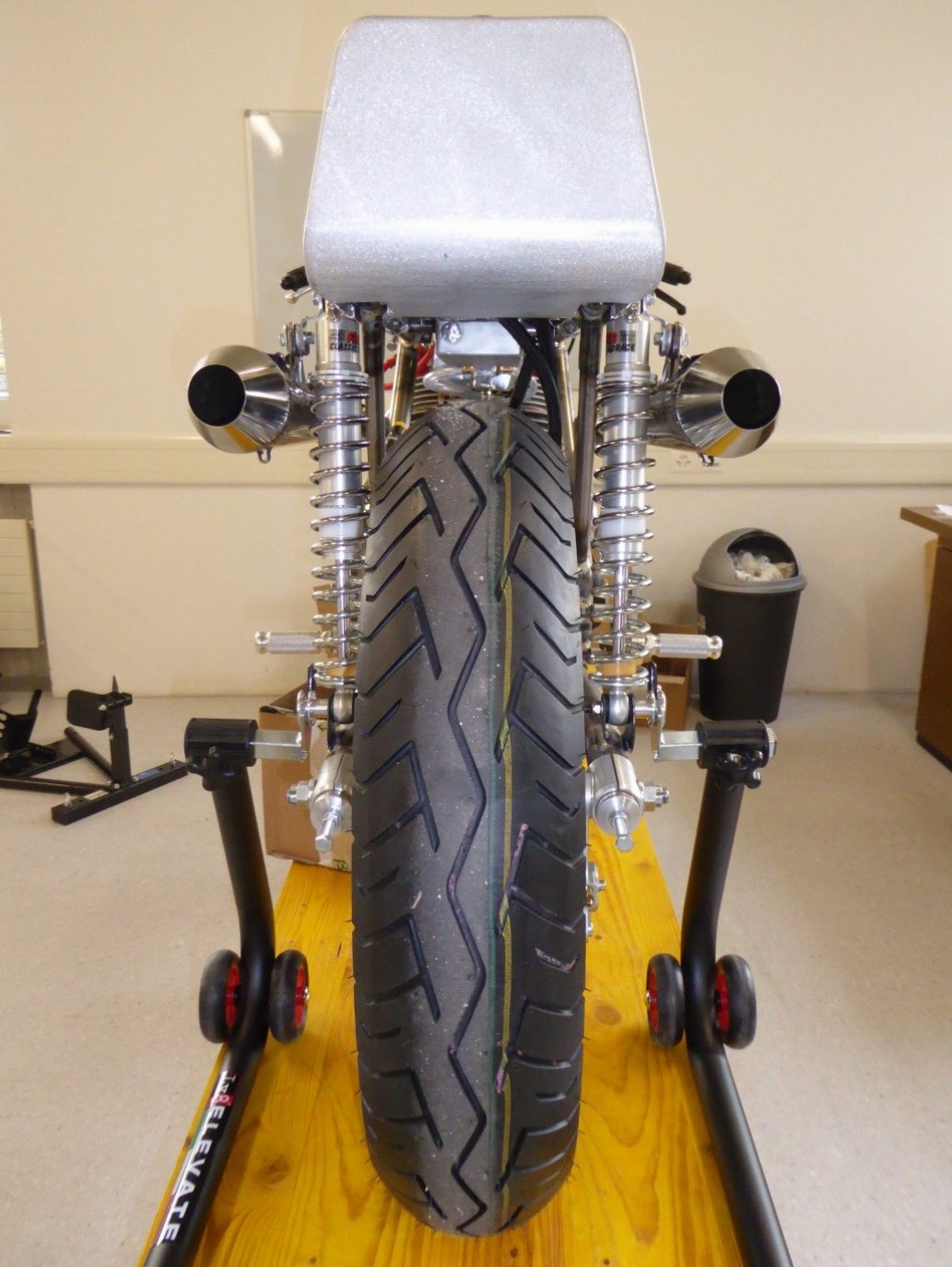