Business has brought me to the UAE and here I am on a Friday with nothing to do. 46 degrees outside so I’ll be staying put in my room with MySeeley project.

The engine man reported crankcase issues in May with expected solution in June. Have still not heard from him. So, in the meantime there has been summer vacations and I have attended to some of the small items that are hardly visible and which one usually defers back to be the last to do, so maybe I am lucky that the motor is still not here.

In March I showed you a picture from the rear wheel drive side, explaining that there was a design flaw (my fault) and a technical data misinformation on AVON’s part, which both caused the chain to interfere severely with the tyre. Changing tyre gave me about 5 mm less onterference but to take care of my design flaw I have had to manufacture a spacer to which I have attached the sprocket after cutting away the whole centerpiece ). The spacer is made out of 8 mm thick 7075 aluminum with a high pressure water jet. Again, the design is mine. On the rear side I have removed 2 mm width against the wheel hub so the sprocket has now been moved 6 mm outwards from the chain. Now it will work. It must. 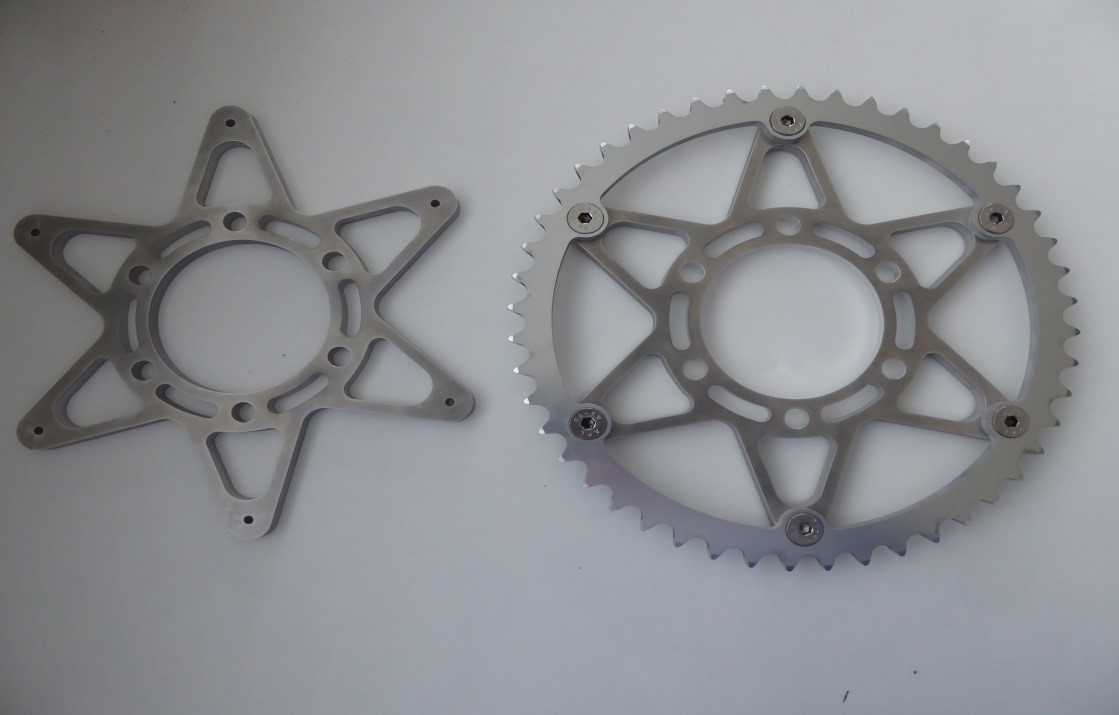 And below it is installed on the rear wheel. Another cosmetic design flaw that I did not see until now. The sprocket and spacer have six xxxxx while the wheel has  only five. Does not look good but too late to change now. Will be corrected on the next bike….. 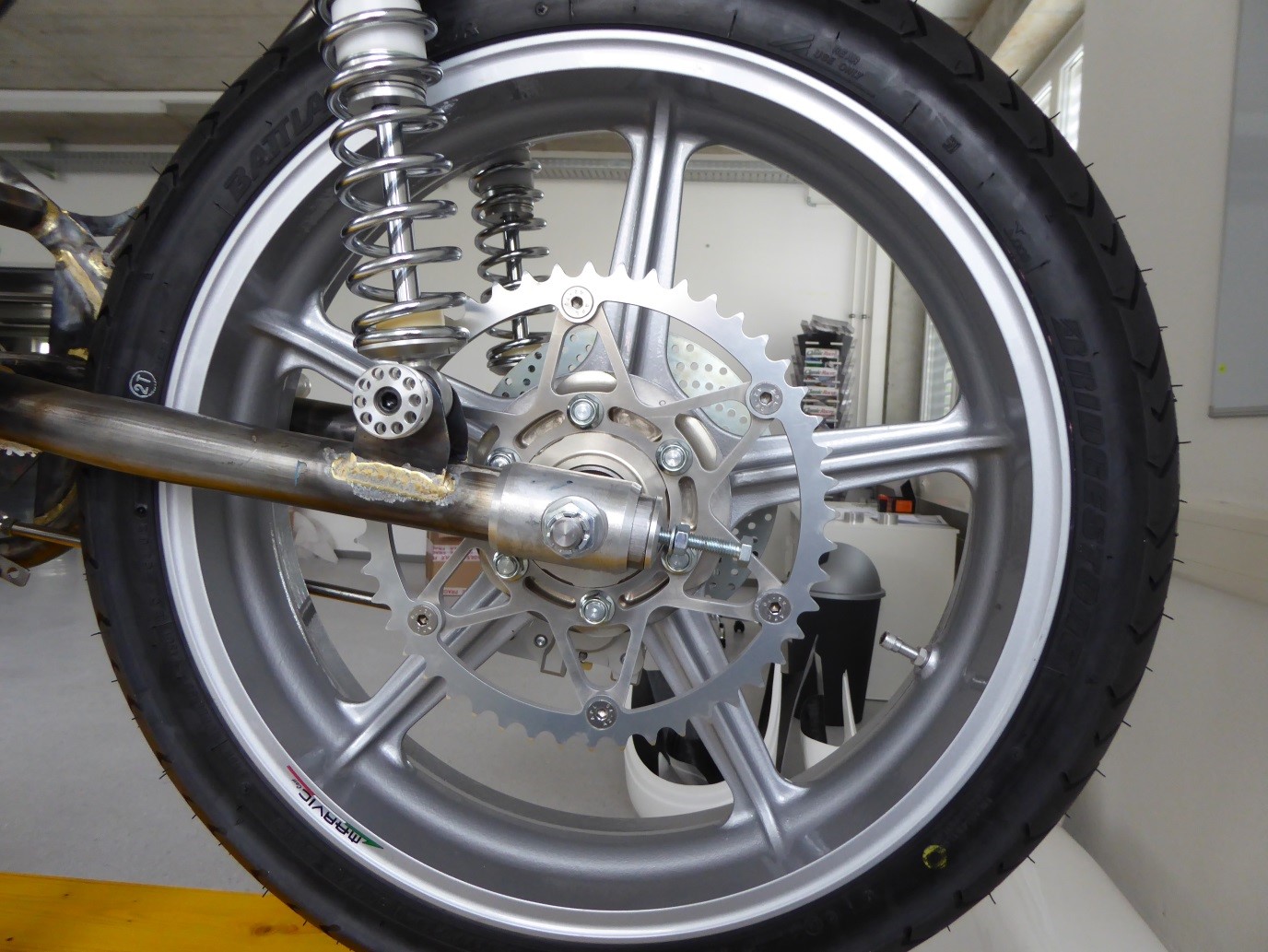 While on this side I will show you the bracket that I have had to have made through laser cutting. This one holds the foot peg but had to be extended upwards to connect with the only lug available on the frame to which the rear brake master cylinder could be attached. 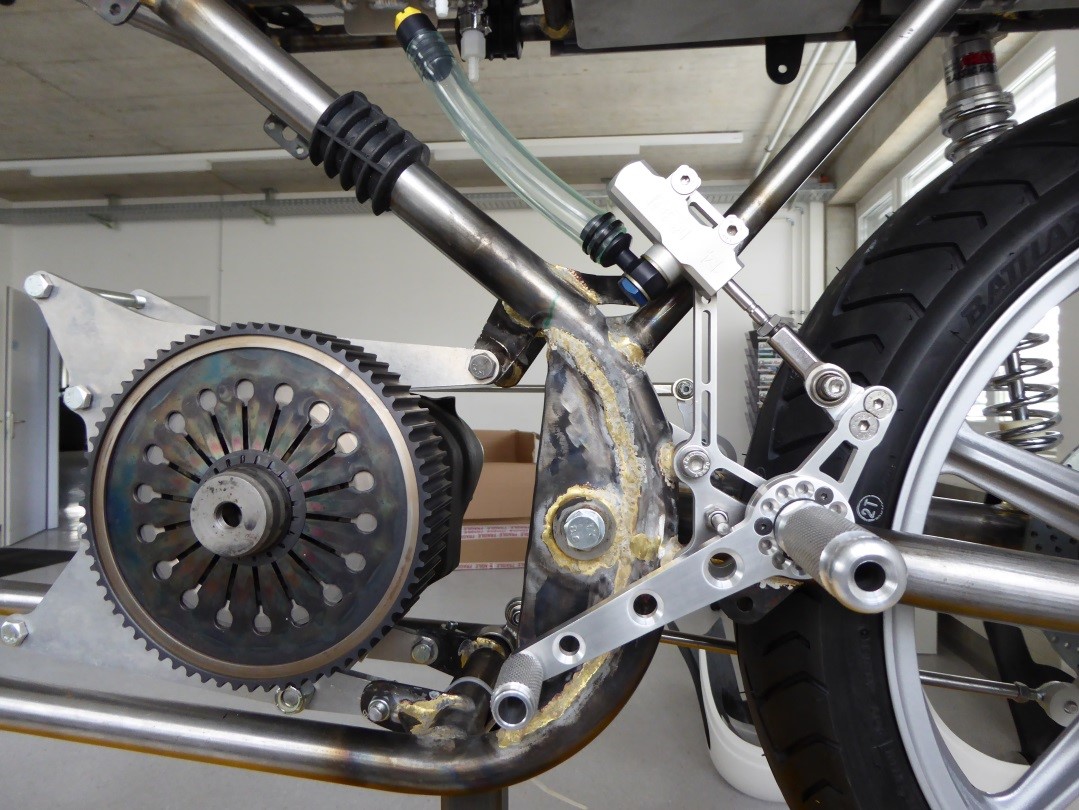 Now we move over to the right side and first look at the two Ignition coils that I have hung in a couple of aircraft type loop clamps. The coils are made by PVL in Germany and are supposed to be the best in the industry. If you take a peek through the frame you can see two fairings on the floor. They just came in and will probably have to wait some time until I can fit them. 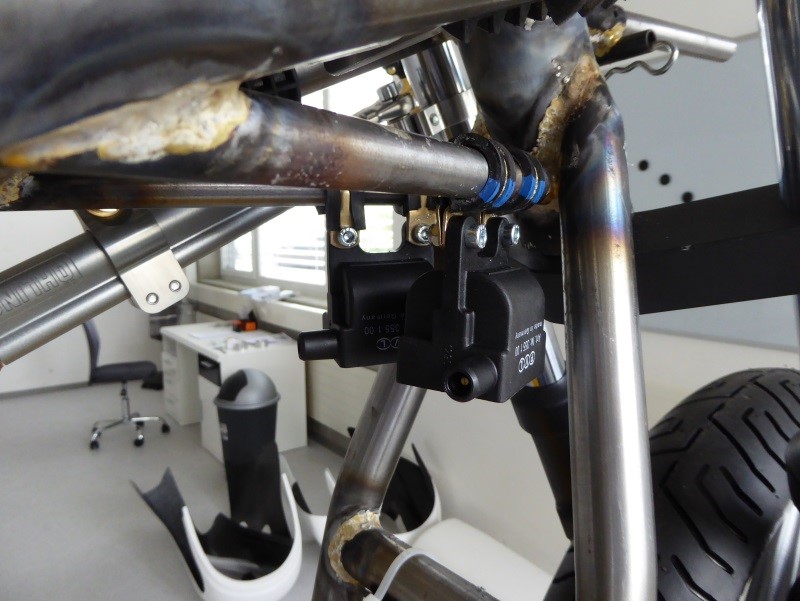 Moving backwards you can first see the gear change linkage and the right side foot peg mount.

Plus the rear brake cylinder with torque arm parallel to the swinging arm. This one is in stainless steel but I think I will cut out a piece in aluminum instead. 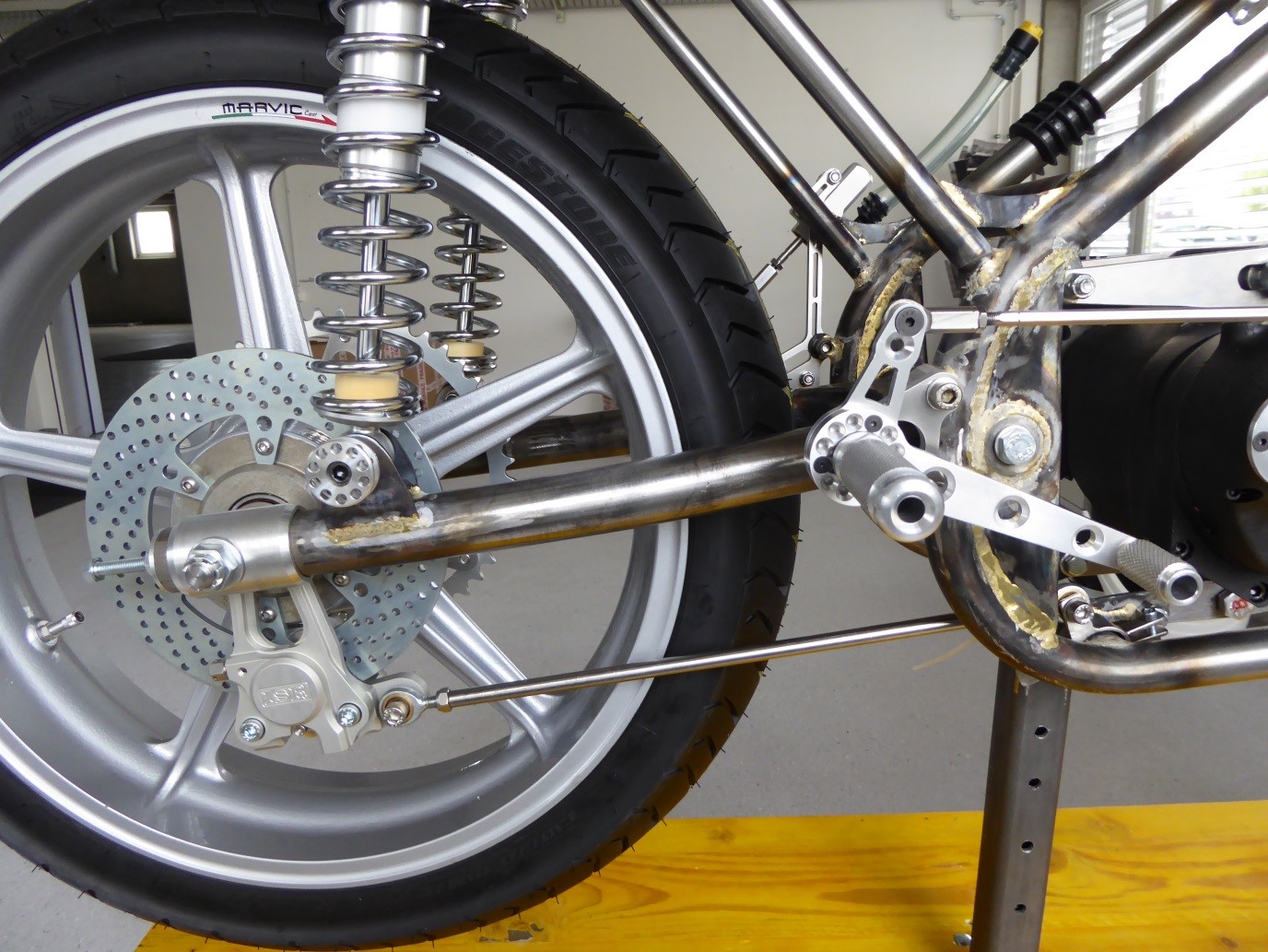